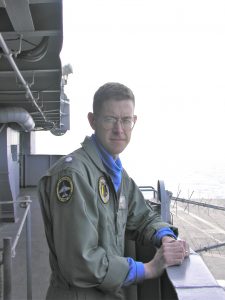 Harry Wedewer is a retired U.S. Navy Commander. On active duty he served as a Naval Flight Officer and Aerospace Engineering Duty Officer. He currently is a practicing attorney in public service. Harry is a 1983 graduate of The Citadel, The Military College of South Carolina and received his J.D. from the Georgetown University Law Center in Washington, D.C. in 2004. He is a prior contributor to the U.S. Naval Institute Proceedings. Harry resides in Southern Maryland with his wife Robin.